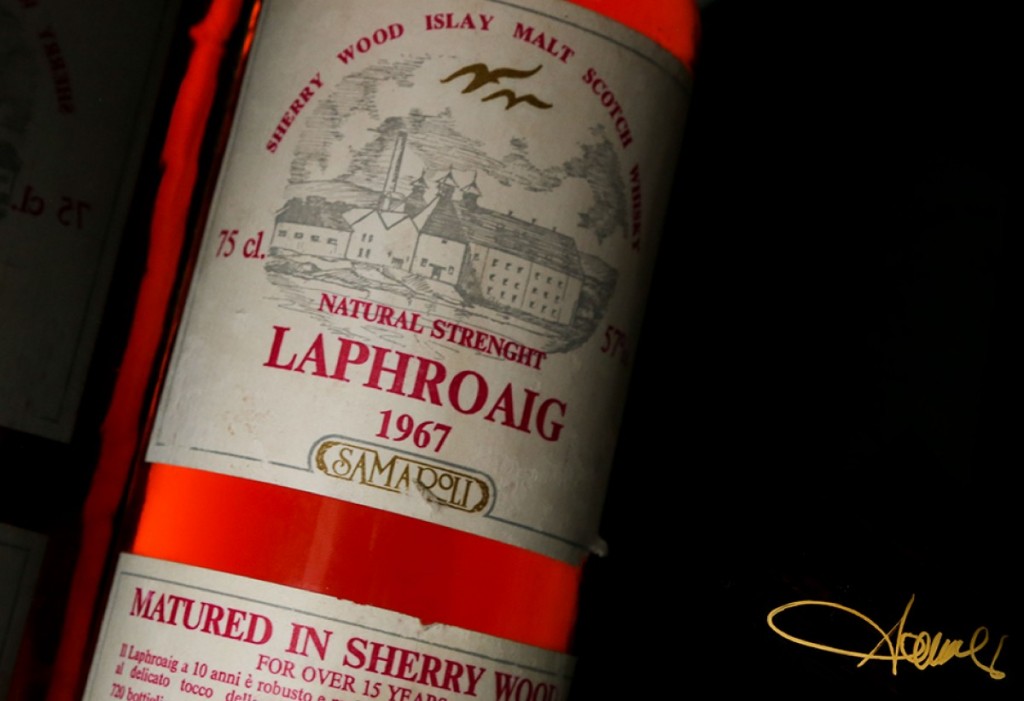 PERTH, SCOTLAND – A standout Samaroli classic whisky – the Laphroaig 1967 15 year old Sherry Wood – is due to go under the hammer this week in the July online auction held by Perth-based Whisky Auctioneer. This follows on the heels of the record-setting Bowmore 1966 Samaroli Bouquet that was snapped up for a £51,611 hammer price in Whisky Auctioneer’s auction last month.

Meetings between the Islay distilleries and the legendary Italian bottler, Silvano Samaroli, have produced an absolutely stellar selection of whisky over the years, but this Laphroaig 1967 Sherry Wood is revered by whisky connoisseurs the world over and is generally regarded as the best whisky ever committed to bottle.